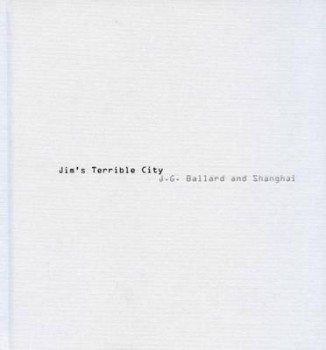 Jim’s Terrible City depicts Shanghai through the lens of J.G. Ballard’s work. In addition to excerpts from his short stories and novels, the book includes a foreword written by Ballard’s artist daughter, Fay, and an introduction exploring the relationship between the city and the author’s writing.In the words of Ballard himself, ‘I’ve tried to link together obsessions of mine – car crashes, time, hallucinatory states of mind which have always drawn me to the surrealists – and find their sources in my own past in Shanghai.’
‘The best independent photo book to pop up on my shelf from this photographer who followed Ballard’s footsteps in Shanghai. The images are really a brilliant ode to the changing face of the city, the absence of history and Ballard’s own lingering ghost.’
– Francesca Gavin, Visual Arts Editor, Dazed Magazine

After graduating from the Chinese department of Soas, London University in 2001, Bollen has lived and worked in London, Beijing and Shanghai. As well as photographing, writing and translating, he designs and publishes books under his own imprint.
www.jameshbollen.com