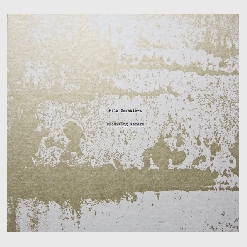 “Everything is great on the Caspian Sea: the expectations for future oil and gas Revenues, ambitious development projects, promises and hopes. Everything is uncertain on the Caspian Sea: the fate of the environment and the direction of its people, even the status of thesis promising waters is as yet undefined … «Christoph Moeskes For over four years, photographer Mila Teshaieva documented the changes in the three shore of the Caspian Sea located former Soviet republics of Azerbaijan, Kazakhstan and Turkmenistan. The battle for the huge oil and gas resources and the search for his own identity as a state bring profound changes for the population, the environment and the general values ​​of the society. With her ​​pictures Mila Teshaieva traces an atmosphere of uncertainty, the hopes and expectations of a change whose direction remains uncertain, however. Your photo series leaves the viewer open questions about the links between the state and private identity, past and present, as well as the border of the rise and fall of a region.Teshaieva Mila (* 1974 in Ukraine) lives in Berlin. Her work has won numerous awards, including the Prix de la Photographie Paris, the Humanistic Prize of Phodar Biennale, which showed NPPA Best of Photojournalism, and the PDN Photo Annual, 2013, and was several times in galleries and at festivals all over Europe . Mila Teshaieva is winner of Photolucida Critical Mass Book Award in 2012, delivering the show this photo bands.