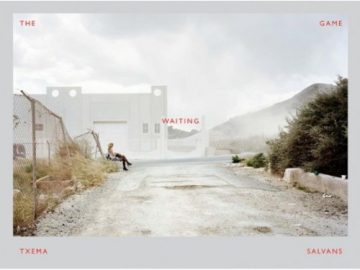 Gathering a series of photographs taken by Txema Salvans (born 1971) over the course of six years, The Waiting Game documents the exercise of prostitution along the highways of Spain’s Mediterranean coast. Disguised as a surveyor, Salvans photographed prostitution with an emphasis on the decidedly unerotic quality of its actual environs: the intersections, roundabouts, dead-end streets and shoulders of the road. The photographs in this book present the solitary figure of the waiting woman as a stereotypical image of objectified sexuality, in a landscape that is both striking and tragic. Exploring the varied and often surprising gamut of human longings and behaviors, Salvans achieves a balance of sociological dissection and naturalistic narration, and presents the image of the prostitute as an almost impersonal component of a larger mechanism.

Txema Salvans, Spain, 1971, is a documentary photographer with a special interest in how we humans spend our free time. He enjoys the positive interaction he has with his subjects making it possible for him to get a look at the physical and mental spaces of leisure where everyone is looking for happiness.
www.txemasalvans.com

RM is one of Latin America’s most prestigious publishers of art books.

Txema Salvans // The Waiting Game from haveanicebook on Vimeo.