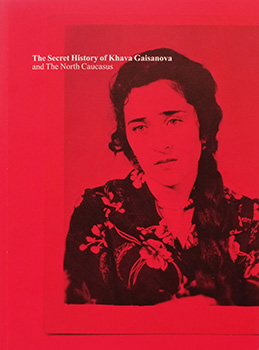 The Secret History of Khava Gaisanova
The Sochi Project
Self Published

Khava Gaisanova lives in Chermen, a village in the heart of the North Caucasus. In 2007 her husband disappeared, like so many men in the North Caucasus disappear without a trace – kidnapped, arrested or simply executed and buried in anonymous graves. Writer Arnold van Bruggen and photographer Rob Hornstra met her by chance and became intrigued by her story, which is drenched with blood but punctuated by the will to survive. Hornstra and Van Bruggen then came to the attention of the security forces, who ultimately prevented them from travelling through the region. Even the strong Khava was intimidated and her family has avoided all contact since. Khava’s history reads like the history of the North Caucasus itself. Hornstra and Van Bruggen have visited the North Caucasus numerous times between 2009 and 2012. They too became victims of the violence, corruption and abuse of power that have plagued the region for centuries. This book is a penetrating account of their travels.