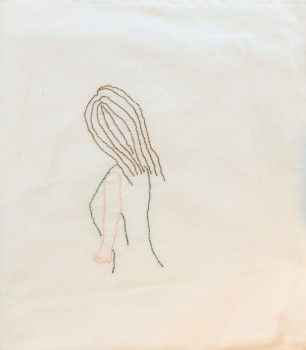 Nobody Likes Me
Bora Sung / 성보라
Self Published
English

‘I started to feel unfamiliar about the relationship I have with the world I am living in. I wanted to go into my inner world, beyond my role in reality and the conflicts I have with people.
When I started to think about working on this theme, I thought it would be better that I don’t appear on the pictures since, in that world, I am all alone and existing within me. I didn’t want my works to be like my diaries. I thought the proper way to go about this project would be to have a variety of people express the feelings of my inner world through their body figures or facial expressions.
The facial expressions of my models generally look anxious. That anxiety was the dominant emotion I had in my world. That anxious feeling was innocent at times and intensely jealous at other times: sometimes, it was an anxiety of becoming weak from feeling both.
The people who model in my pictures not only feel awkward about standing in front of a camera but also about the people around the scene. So, I usually go to quite places to take my pictures. Those places were none other than nature. Interesting enough, they posed with so much more freedom out in the natural environment, as if they had forgotten that I was standing in front of them. The idea of getting out from people’s attention or view, thus gives such amazing freedom to each individual. I was so moved when I discovered my experiences or emotions through other people. Perhaps they too have seen the world within me.’