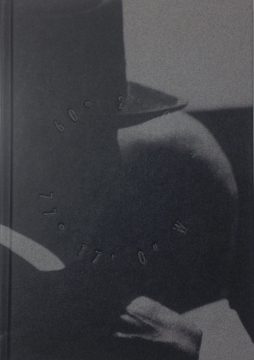 First winner of 2015 Landskrona Foto & Breadfield Dummy Award.
Meral Güler and Dan Porter are explorers prompted to make evident proof of their existence with over 4,000 miles between them, with a sensitivity to the stories that linger between the twilight and the shadow, the real and imagined, between what is know and what is sensed, they ventured out to see the world afresh and to discover what would be earth.

Dan Porter is a photographer and curator based in England, and holds an MA from theUniversity of Wales. His photographs have appeared in publications and exhibitions in Australia, Canada, Germany, Ireland, Italy, New Zealand, the USA, and the UK.

Meral Güler is a British Artist living in Los Angeles, USA, and holds an MFA from Chelsea School of Art (UAL), England. Her independent films have featured at the National Film Theatre in London and independent film festivals both in the UK and Europe. Recent Photo-works have appeared in publications and exhibitions in the UK, Europe and, the USA. Her works are held in permanent collections in the UK.

Breadfield in Malmö, a city in the south of Sweden, functions as a meeting-place for contemporary art based photography. The Gallery has existed for four years. Breadfield was initiated by artists and one of its primary objectives is to have a discussion about photography as an artistic movement, regardless of other genres of art.
Landskrona Fotofestival is an annual photography festival in Landskrona, Sweden. Ten days of exhibitions, photo books,seminars, portfolio reviews, artist talks, and more. Since the start four years ago Landskrona Foto Festival has established its position as an international meeting place for photographers and those with an interest in photography. Renowned artists are exhibited alongside new, promising names and many of the pictures on display have never been shown in Sweden or Scandinavia before.