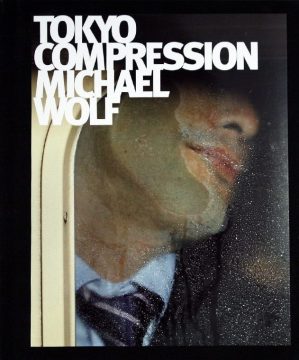 Michael Wolf is known for his large-scale architectural photographs of Chicago and, to an even greater extent, his adopted home city of Hong Kong. His latest work was similarly created in a big city, but this time, architecture is not Wolf’s focus. In Tokyo Compression, the photographer descends into the Tokyo subway system, vividly capturing the ‘daily insanity’ of a subterranean world of glass, steel and wall-to-wall people. Tokyo Compression represents another startling look at city life – and another milestone in the life’s work of Michael Wolf.

About the Artist
Michael Wolf was born in Munich in 1954 and was raised in the USA. He studied at the University of California in Berkeley and the University of Essen (Folkwang school) in Germany with Professor Otto Steinert. He has lived and worked as a photographer and author in China since 1994. His works have been shown in museums around the globe, with many being represented in important collections. To date, Wolf has published six books: China im Wandel (Frederking und Thaler, 2001), Sitting in China (Steidl, 2002), Chinese Propaganda Posters from the Collection of Michael Wolf (Taschen, 2003), Hong Kong front door/back door (Thames and Hudson, 2005; Steidl, 2006), The Transparent City (Aperture, 2008) and the two-volume set Hong Kong Inside Outside (Asia One Books and Peperoni Books, 2009).
Artist Website

About the Publishers
Asia One is a fine art publishing house established in 2007. It is based in Hong Kong.

Peperoni Books is a Berlin based publisher, specialising in photobooks.

Book Materials and Specifications
Perfect binding, a medium sized book (205mm by 250mm), black cloth cover with the cover image glued on top. The images are all 9″ x 7″.