Time and Remains of Palestine 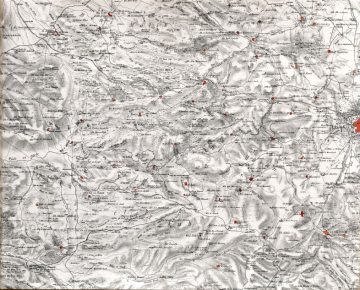 With a curiosity for history and topography James Morris began exploring the remains in Israel of the former British Mandate of Palestine promised as a homeland to such different peoples. His work evolved as an enquiry into a particular trajectory of Palestinian history, witnessed within the landscape. Part 1 probes the concept of Nakba (catastrophe) through exploring the now historic Palestinian presence in much of Israel, documenting the remains of some of the 400 or so villages depopulated then razed as a consequence of the 1948 war. Places that, now renamed and reinterpreted, remain pertinent in the consciousness of their diaspora. Part 2 considers the contemporary landscape of a would be Palestine recording the fabric of conflict in the labyrinthine West Bank and witnessing parallel worlds of parted peoples, each with a narrative in variance to the other. In contemplating the enduring notion of Palestine, the book seeks not just to chronicle history and landscape but also to comprehend, in part, that which evolved and reverberates still.

James Morris is a British photographer of landscape and the built environment.   Known earlier in his career mainly for his architectural photographs, over the last decade he has looked more broadly at landscape issues from urbanism to human conflict and settlement.  His work documents the impact of man’s intervention in the landscape and the  layers of history evident there.
www.jamesmorris.info