The Photography of Nature 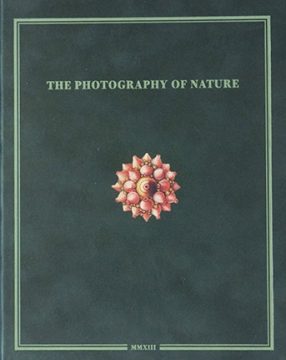 Fontcuberta’s photography is itself about photography’s own workings, and with each series he challenges the audience’s trust in the veracity of the medium and its function as a system of representation. Confronting our anxieties about that system, Fontcuberta’s careful fabrications are laced with clues and inconsistencies – the photographer himself even appears, disguised as Hans von Kubert or Joan Fontana. In exposing the various artifices of the photographic medium, he asks how and why photography acquires a seductive truthfulness in the eyes of its viewers. As Jorge Wagensberg suggests, ‘The mere possibility that it could be a Fontcuberta is an invitation to think; in other words, it makes the believer sceptical and the incredulous believe’. The book is a survey of Fontcuberta’s oeuvre displaying his genius as photographer, essayist, humorist and fantasist alike. In teasing fashion, the book can be flipped to reveal an essay section, with texts by Geoffrey Batchen and Jorge Wagensberg that examine and unpick the myths that Fontcuberta has so meticulously constructed.

Joan Fontcuberta is a Spanish conceptual artist whose best-known works, such as Fauna and Sputnik, examine the truthfulness of photography. In addition, he is a writer, editor, teacher, and curator.
www.fontcuberta.com

MACK is an art and photography publishing house based in London, working with established and emerging artists, writers and curators, and cultural institutions – releasing between 20-25 books per year.