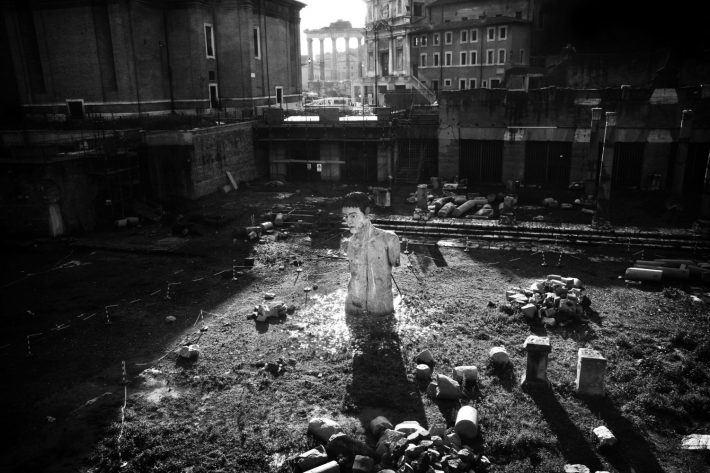 56 color shots to tell that unique heart, made up of drama and comedy at the same time, of Southern Italy that we have been calling “Southern Matter” for more than a century. With an introduction by Grazia Neri and the preface by Domenico Starnone.
About the Artist
Emiliano Mucano was born in Rome in 1971. At the age of 28, he began working as a freelance.In the autumn of 2002 he joined the Grazia Neri agency ; his photographs are published by important Italian and foreign magazines. He won the Canon Young Photographers Award in 2004 and the Fnac Award. Attention Photographic Talent in 2005. Participates in the photographic volume Made in Italy in 2006 , a report on the economic crisis of Italy at the beginning of the new millennium, published by Trolley Ltd. In 2008, his report on deforestation in the Amazon receives the Mention of Honor for the Photographic Award of the National Association of Professional Photographers Tau Visual  and PDN’s Photography Annual . Works since 2009 for the Contrasto agency.

About the Publisher
Postcart Edizioni publishing was founded in 1994 by photographer Claudio Corrivetti. His original idea was to promote the creative use of drawing and photography through the publishing and distribution of books and paper products such as greeting cards, bookmarks and posters. As the company grew, however he took on the distribution of a series of related products from other high end manufacturers as well (our clients include Feltrinelli, Elemond and Zetema).
http://www.postcart.com/index.php