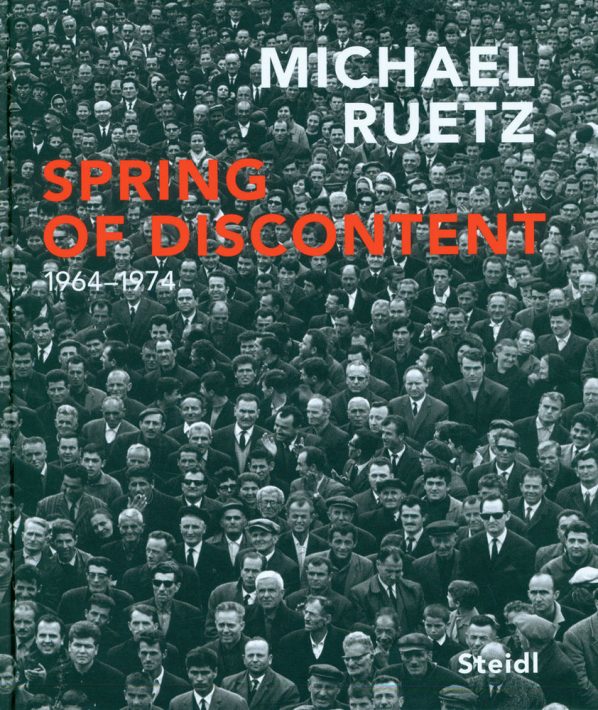 Michael Ruetz is one of 1968’s major photographic chroniclers. Documenting the political earthquakes in West Germany (and the eastern half of Berlin), and in Czechoslovakia, Ruetz produced some of the era’s classic images, which were immediately bought up by magazines such as Time, Life, Der Spiegel and Stern. Spring of Discontent 1964-1974 records not only 1968 but its aftershock in Germany, Greece and in the Third World. Today Ruetz is famed for other projects such as Eye on Time (which documents the transformation of the earth’s surface over long periods of time), but it was with the photographs gathered in this volume that he first made his mark.

About the Artist
Michael Ruetz was born in Berlin in 1940. He studied Sinology, Japanese and journalism and lived abroad for thirteen years. From 1969 to 1973, he was a staff photographer for the weekly magazine Stern. Since then he has worked solely as a freelance photographer and as a contract writer and photographer with Little Brown and Company/New York Graphic Society. Ruetz is a professor for communication design at the Hochschule für Bildende Künste in Braunschweig, Germany, and is a member of the Akademie der Künste, Berlin. He was appointed Officier des Arts et Lettres in 2006. With Steidl he has published Sichtbare Zeit, Das Willy-Brandt-Haus, Bibliothek der Augen, Cosmos, WindAuge, Eye on Time, Die
unbequeme Zeit and Eye on Infinity.