Some Things You Should Have Told Me 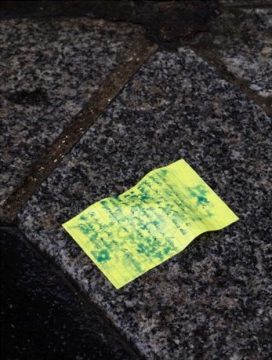 Some Things You Should Have Told Me
Harvey Benge
Dewi Lewis

However you look at them, Harvey Benge’s photographs are mostly urban and generally strange. His work is mysterious; nothing is solid. The pictures capture contrasts and conflicts which leave you wondering what has just happened and what might happen next. He gives voice to the mundane and overlooked. His open-ended photographic sequences record small moments of everyday life that flash past with tension and ambiguity: an urban dream on the edge of reality where figures retreat, seats are empty, phones don’t work. Any and every interpretation is a valid interpretation. What is going on? You decide.

With photographs made in Paris, London, New York and Rome, this new intensely personal, some might say autobiographical book, is enigmatically entitled Some Things You Should Have Told Me. It is a remorseless meditation on loss and misadventure, pain and impermanence, the inevitability of change. Questions are asked; there are no answers.