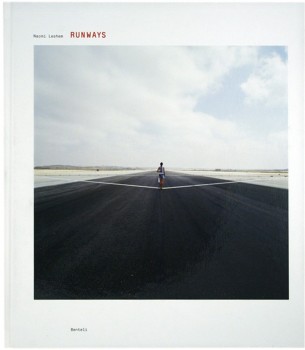 Places of Disappearance and Death
The photographer Naomi Leshem from Tel-Aviv tells stories of disappearance and death – images of ambivalent beauty, so close to both life and death, embedded in the barren landscape of Israel. Like Memento mori, they are symbols in the midst of life and its always incomplete transience. These pictures run and rush toward death and its inevitability, thus forming, like natural changes, a new experience of life.

About the Artist:
Naomi Leshem was born in Jerusalem in 1963. She lives and works in Tel Aviv.
Naomi Leshem’s artistic process begins with a recollection, or even a dream. In her photographic process, the camera serves as a tool for recounting stories, which are the offspring of her thoughts, recollections, or research.
Leshem’s interest lies in areas of life and being that may be defined as “in betweens”. This is an aspect that feels familiar, giving her the freedom to shift between worlds – terrestrial and celestial (“Way to Beyond”, 2003-2006), conscious and unaware (“Sleepers”, 2006-2010) and directed and accidental (“Runways”, 2007). Leshem tends to depict situations that she feels are part of a course between different states in life, whether from childhood to adulthood, wakefulness to sleep, or life to death. In her new series, (“Centered”), Leshem seeks to examine how individuals from different places formulate different interpretations of the same existing images, as a result of their personal and cultural differences.
Landscape is a recurring motif in Leshem’s photographic series, specifically, the juxtaposition of figures and landscape and the tension between localism and universalism. She is also interested in the concept of time. The decisive photographic moment becomes diffused in her photographs, as a single, unmanipulated image that encompasses different moments in time.
Artist Website

About the Publisher:
Benteli Verlag was founded in 1899 and is based in Zurich, Switzerland.