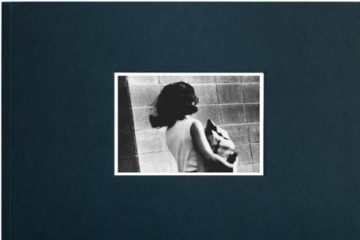 Pictures From Moving Cars unites for the first time three of the most influential photographers from Japan and the United States: Joel Meyerowitz, Daido Moriyama and John Divola. Originally conceived as an exhibition by Simon Baker for Tokyo Photo 2013, the concept for both the show and this book is straightforward; to bring together coherent series of photographs, selected in collaboration with the artists, each of which was made using the combination of a car’s movement and the camera’s ability to freeze a moment in time, producing a picture from the fast flow of passing scenes.

Joel Meyerowitz (born March 6, 1938) is a street photographer and portrait and landscape photographer. He began photographing in color in 1962 and was an and was an early advocate of the use of color during a time when there was significant resistance to the idea of color photography as serious art.
www.joelmeyerowitz.com

Daidō Moriyama (born October 10, 1938) is a Japanese photographer noted for his images depicting the breakdown of traditional values in post-war Japan. Moriyama received the Infinity Award for Lifetime Achievement from the International Center of Photography in New York.
www.moriyamadaido.com

John Divola (born 1949, Los Angeles) is a contemporary visual artist. He currently lives and works in Riverside, CA. Divola works in photography, describing himself as exploring the landscape by looking for the edge between the abstract and the specific.
www.divola.com