Photopaper presents outstanding photographic work nominated by experts in the field. These experts are invited as guest editors to name photographers or photographic projects which they would like to present to an international public. Photopaper features this work in single monographic ad-free issues together with the guest editor’s statement. Published on a quarterly basis, Photopaper is available on subscription. Each quarterly edition contains 3 issues of Photopaper and an A2-sized poster by one of the featured photographers. 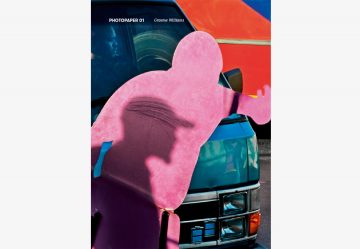 Photopaper 01 features the work of Graeme Williams, nominated by David Goldblatt. Williams’ project ‘A City Refracted’ is a visual journey symbolically reflecting the shifting typographies of the inner city of Johannesburg. Using an experimental style of street photography, Graeme Williams’ work suggests waves of movement and migration, of promise and intrusion, inextricably tied to Egoli’s spatial and social order.
www.graemewilliams.co.za 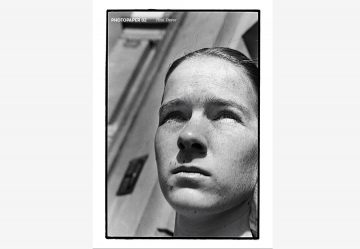 Photopaper 02 features the work of Paul Trevor, nominated by Martin Parr. ‘In Your Face’ is made up of spontaneous close-ups, made unobserved from close range. Another Eastender book in preparation, In Your Face, contrasts people in the Brick Lane market with those in The City, London’s financial market a mile away. It was shot during the Thatcher years which had polarised debate on market values versus community values.
www.paultrevor.com Photopaper 03 features the work of Jean Christian Bourcart, nominated by Nan Goldin. Bourcart says of his feature ‘Forbidden City’: ‘In Paris and New York, I would, from time to time, wander around S&M and swingers clubs with a hidden camera, in pursuit of a dream of dissolution, harmony, and collective ecstasy. As a creator of illusion, I’m concerned with truth. And for me these are places of truth, like mental hospitals and battlefields. In such places, reality is heightened––is sometimes violent––but human interactions are mostly tender and sincere. Strictly speaking, there is little in the way of purely sexual pleasure. As if, strangely, pleasure wasn’t to be found where we most expect it.’
www.jcbourcart.com 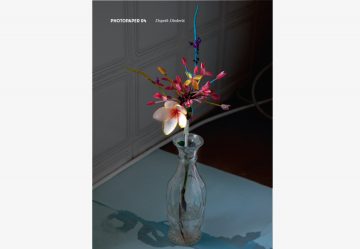 Photopaper 04 features the work of Elspeth Diederix, nominated by Viviane Sassen. The world of Elspeth Diederix is endlessly rich. Bringing these riches to light, the beauty of nature and everyday ‘things’, lies at the core of her work. She approaches a plastic bag with the same fascination as a vase of flowers or a mountain ridge. Through her photography Diederix is looking for the moment in which everyday phenomenon lose their ordinary appearance, the moment in which they show their true selves.
www.elspethdiederix.com 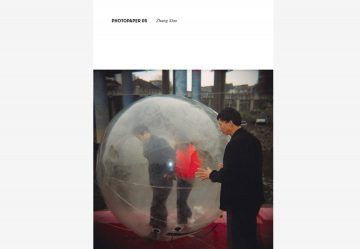 Photopaper 05 features the work of Zhang Xiao, nominated by Jason Fulford. Zhang Xiao is a Chinese photographer who studied architecture and design. He won the Three Shadows Photography Award in 2010, which marked the starting point of his international career. In his two iconic series “Coastline” and “They”, he photographs ordinary people in their daily life so as to depict the rapid development of modern Chinese society.
www.zhangxiaophoto.com 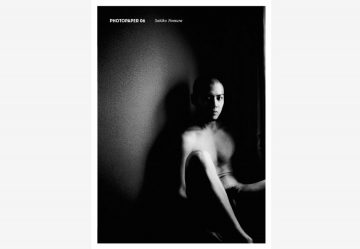 Photopaper 06 features the work of Sakiko Nomura, nominated by Nobuyoshi Araki. Sakiko Nomura was born in Yamaguchi Perfecture, Japan, in 1967 and after her studies moved to Tokyo where she worked as Nobuyoshi Araki’s assistant. Black-and-white male nudes are her major subjects. She sequences series and books of black-and-white photography, mixing nudes, cityscapes, animals and still-lifes. “Black Darkness” published in 2008 and “Nude/Room/Flowers” in 2012 are her best-known projects.
www.shashasha.co/en/artist/sakiko-nomura 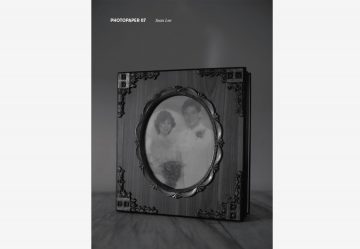 Photopaper 07 features the work of Sean Lee, nominated by Sohrab Hura. Sean Lee’s work was nominated years ago by several renowned photo festivals from Angkor to Arles and Singapore before being exhibited worldwide. His first body of work “Shauna” was completed between 2007 and 2009 and published as a book in 2014 . Sean Lee was born in 1985 in Singapore, where he grew up and currently lives.
www.seanleephoto.com 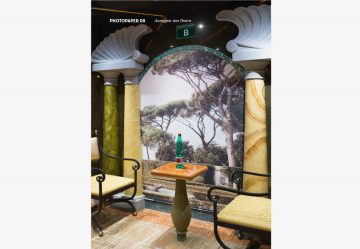 Photopaper 08 features the work of Annegien van Doorn, nominated by Costa Mediterranea. Annegien van Doorn created photographs, videos and installations with a serious sense of humour. Her work, including commissions for famous agencies and magazines, always uses everyday objects and pays with ordinary things. Born in the Netherlands in 1982, Annegien van Doorn has presented solo shows in Europe, Japan and the United States.
annegienvandoorn.com 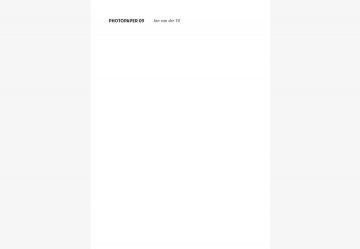 Photopaper 09 features the work of Jan van der Til, nominated by Joachim Schmid. Jan van der Til collects photographs and quotations from books that instruct and inform. His work is entitled “Book” and has no fixed appearance. This collections have been archived in libraries and databases and are used as “building blocks” for exhibitions, e.g, “Book III” at the Van Abbemuseum, NL in 2014. Van der Til has received various grants from the Mondriaan Fund, NL. His collections are administed by
www.rhizomebook.com 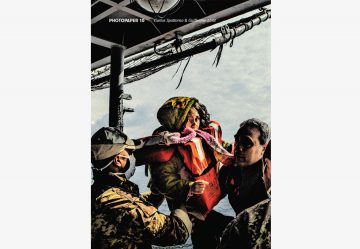 Photopaper 10 features the work of Carlos Spottorno & Guillermo Abril, nominated by La Grieta/ The Crack. Carlos Spottorni graduated in painting and print-making in Rome and worked as an art director in advertising before switching to photography in 2001. His main personal projects, like “The Pigs” or “Wealth Management”deal with economic and social issues.
Guillermo Abril is a Spanish reported who has been writing articles for El País Semana since 2007. Together they received the 2015 World Press Photo award for the short film “At the gated of Europe”.
www.spottorno.com 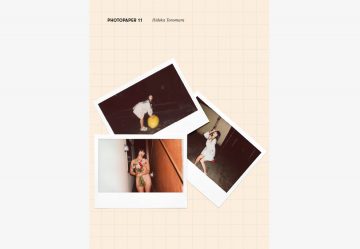 Photopaper 11 features the work of Hideka Tonomura, nominated by Simon Baker. Hideka Tonomura started her career as a photographer in 2002 after graduating from the Broadcasting and Filmmaking Department of Visual Arts Osaka. She won the Nikon Juna21 prize in 2003 and has since exhibited widely in Japan and internationally. She has published a number of books including “Mama Love” (2008) and “They Called me Yukari” (2013) and is represented by Zen Photo Gallery in Tokyo.
www.shashasha.co/en/artist/hideka-tonomura 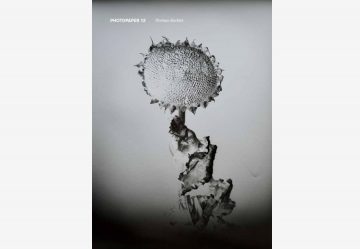 Photopaper 12 features the work of Thomas Bachler, nominated by Floris M. Neusüss. Thomas Bachler’s”Sunflowers” hover between positive and negative. Photographed with a very special 20 x 24″ camera, constructed and build just for this project, his sunflowers withdraw, the more someone aims to decode the visible. The very special mysterious light settings, the ingenious shadows, the partially razor-sharpness and their withered conditions is what makes these disconnected sunflowers so incredibly beautiful.
www.thomasbachler.de