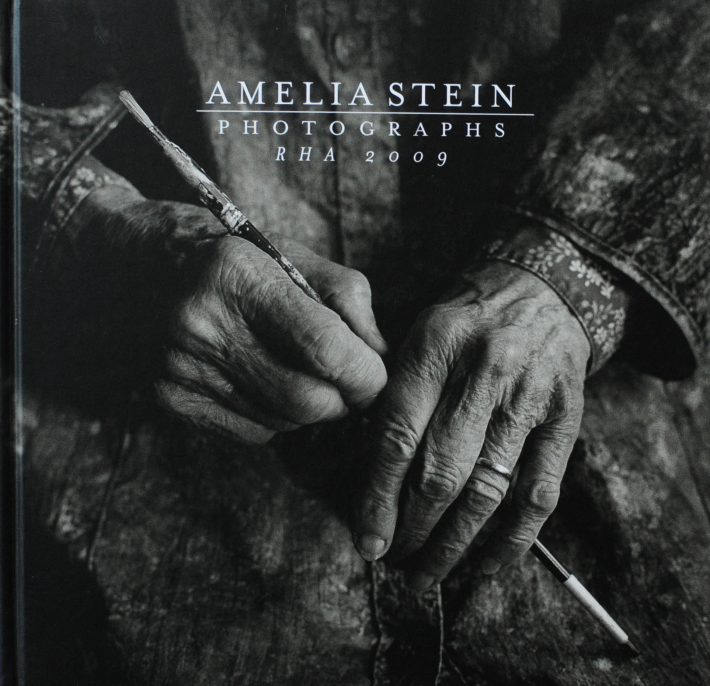 This publication was commissioned by the RHA under the Per Cent for Art Scheme for the recent development of the RHA. This project was part-funded by the Dept. of Arts, Sports and Tourisn under the National Development Plan 2007-2013 –“Transforming Ireland”.

Amelia Stein’s area of expertise has been in portraiture, and more recently still life. In 2007, she began a series of works photographing artists in their studios, with special attention to the art making objects and ephemera of these special working spaces.

Since beginning the art project in April 2008, Stein has travelled throughout Ireland and Northern Ireland, photographing each artist member of the Academy, capturing the essential quality of each studio and the artist who works here. The diverse spaces, both unremarkable and out of the ordinary, where these artists make their work is apparent, from Gene Lambert’s RHA barge that serves both as a studio and home, to the purpose built spaces of Michael Warren RHA and Martin Gale RHA, to the seemingly domestic scale of the working spaces of Barbara Warren RHA and John Coyle RHA.

The membership of the Academy is broadening and she set out to capture the diverse artists that make up this group at this invigorating time of its history. To date, there are 53 members of the RHA, to include both full and associate members. By working at length with each of her subjects, she captured a singularly exact portrait of each artist in their particular place of work. Each artist is also represented by a meticulous still life of their chair within their studio.

About the Artist
Stein captures the diverse personalities of a heterogeneous membership, ranging in age from early thirties to mid-eighties. The essentiality of the project is how she captures the practice of each artist. Each ordinary object is linked with a particular method or art making, the brush, the palette, the drill, the computer. She forges a link to the understanding of the alchemy of art, the essential act of making and transforming the ordinary into the extraordinary.

Amelia Stein, lives and works in Dublin where she was born in 1958. Over the past 20 years, Stein has established herself as a singularly exacting photographer. Her area of expertise has been portraiture, working with actors, performers, playwrights, poets and artists on commissioned images and on production photography in the Irish Theatre. Many of these images have had worldwide exposure. She also has assembled a number of personal exhibitions which have been seen in selected galleries throughout Ireland; In Loving Memory 1989, Truir Ban 1995, Palm House 2001 and Loss and Memory 2002, and various group and solo shows, from EVA to the RHA. In 2003, Stein was the first photographer to be elected to the Royal Hibernian Academy. She was elected a member of Aosdana in 2006. Her work is included in many private and public collections, both in Ireland and abroad.