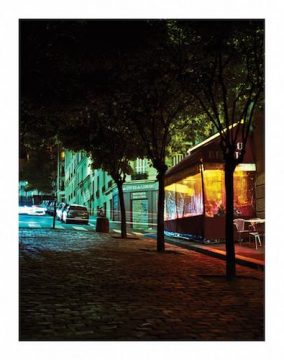 Paris is a city deeply divided between the immensly wealthy city itself and its often turbulent suburbs. Such a division has its origins in the 1860’s when Baron Haussmann embarked on his grand redesign and redevelopment of Paris that was to forever change the fabric of the city. While Paris has since grown into a modern city, the city and its suburbs still bear the marks of psychogeographical segregation. The very fabric of the city, from its infrastructure to its architecture, has been used as a tool to separate and divide.

Éanna de Fréine was born in Dublin, Ireland in 1987. He set up The Velvet Cell in 2011. He currently resides in Osaka, Japan.
www.eannadefreine.com