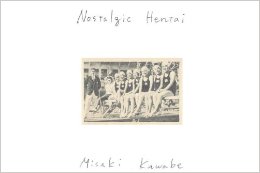 Even if Kawabe is taking up historical predecessors such as Araki, Takase and Tomatsu, the way the found material is treated, and also the precise and sensitive watercolors reveal a different, more gentle approach. If the Japanese artist, especially with the selection of photographs, is retracing her own identity, remains open.

Misaki Kawabe was educated in Japan and the US, holding an M.F.A. in Painting, Pratt Institute, Brooklyn, N.Y. and a B.A. in Painting, Joshibi University of Art and Design, Tokyo.
www.misakikawabe.com