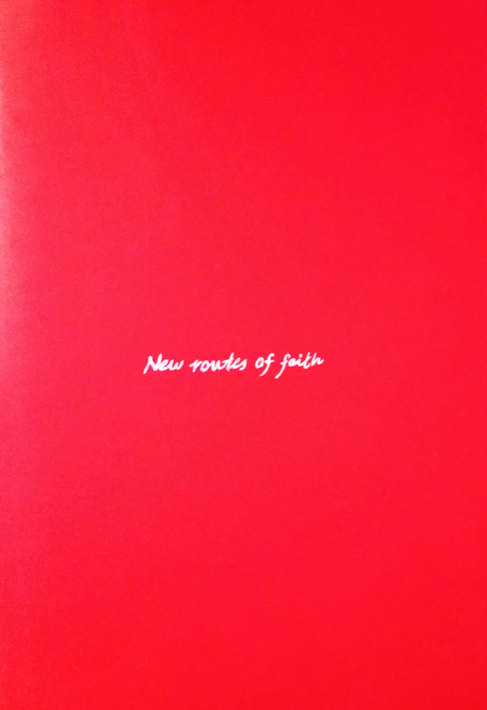 New Routes of Faith’ is a photographic documentary based on the research of new religious movements which exclusively originated in Mexico. Koleszár sought to capture religious practices, devotees as well as their living environments in a personal documentary style. These alternative faiths are adapted to serve special life circumstances of those who need help to face with extreme social exclusion: violence, crime, violated human rights and poverty on a daily basis. Religion and faith is a tool for their survival: people have created their own beliefs outside of the Catholic Church where they could not find solace anymore. These new cults have born based on catholic practices, mixed with Mezoamerican traditions, imagery and various mexican folklore heroes; which beliefs now can serve the rules and needs of the excluded. Devotees can ask for protection, help, even wealth from their deities, these beliefs are able to protect them from danger, give them emotional support, and their gods don’t judge them even if they live in sin or pray for material goods.

About the Artist
Adél Koleszár is originally from Hungary, where she graduated with a Masters in Fine Art Photography at the Moholy-Nagy University of Fine and Applied Arts, after receiving a BA degree in Social Sciences in Budapest. In the past years she has been working and living in Mexico, where she works with the aim of completing her visual research on human violence. In 2013 she arrived to the country thanks to a Mexican Governmental Artist Residency Program, in 2014 her project on contemporary religions in Mexico was selected as finalist by Magnum Photos & Ideastap Photography Award, in 2015 she was the winner of the Budapest Portfolio Prize, in 2016-17 receiver of the Pécsi József Scholarship which supports the work of young Hungarian photographers. Between march and may of 2016 she taught locals in several cities along the US/Mexican border as part of a self initiated, open and free to everyone workshop project, Vision del Norte, with the aim to teach the participants how to use the visual language of photography to express their thoughts about the reality they are living in, and share it with a wider public in a form of a book which compiled the vision of each participants. The same year she was the solo exhibitor of the Discovery Show section of the Fotofestiwal Lodz, and her book „New Routes of Faith” was shortlisted on the Unseen Photography Dummy Award. Her work was exhibited and published widely in her country and internationally, amongst in Berlin, Mexico City, New York, Arles, Vienna, and featured on Foam Spotlight, Vice Mexico, Fotografia Magazine, Der Grief. Currently she keeps working on new projects, as well as continues the investigation on the alternative religious forms in Mexico.

About the Publisher
Supermarket Gallery was established in 2014 in Budapest. Since the very beginning, the gallery has lunched and fostered the career of key young Hungarian photographers, providing them with their first solo exhibitions in Budapest. In 2018 the gallery was among the exhibitors for the first time at Unseen Amsterdam. In addition, Supermarket Gallery, invites independent curators to create exhibitions around a certain theme involving the gallery’s artists and also collaborate with external artists.
http://gallerysupermarket.com/