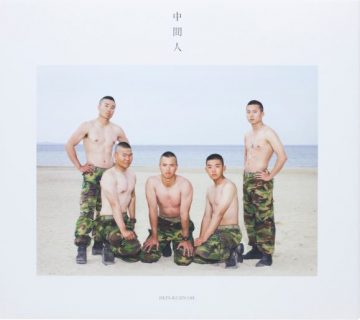 Hein-Khun Oh has zoomed in on the feverish anxiety and absurdity of Korean society through portrait photography in previous works Ajumma (1999), Girl’s Act (2005), and Cosmetic Girls (2009). With his latest work Middlemen, he depicts the group mentality of military life as a giant absurdist play. For the artist this viewpoint of being a man stuck in the middle comes with an enormous amount of anxiety. Where does this anxiety come from? As Gombrich says, it is most likely a psychological expression from within.

Starting as a documentary photographer who captured the social landscapes on the streets, Hein-Kuhn oh has focused on documenting specific groups of people that present a certain type of social convention created by the Korean society past 10 years.
www.heinkuhnoh.com