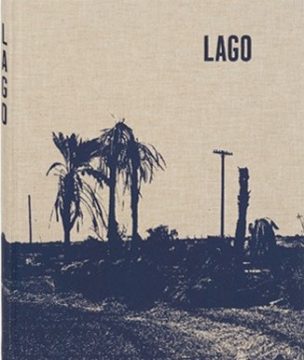 In Lago, Ron Jude returns to the California desert of his early childhood as if a detective in search of clues to his own identity. In a book of 54 photographs made between 2011 and 2014, he attempts to reconcile the vagaries of memory (and the uncertainty of looking) with our need to make narrative sense of things. Using a desolate desert lake as a theatrical backdrop, Jude meanders through the arid landscape of his youth, making note of everything from venomous spiders to discarded pornography. If one considers these traces to be a coded language of some sort, Jude’s act of photographing and piecing them together becomes a form of cryptography – like a poetic archeology that, rather than attempting to arrive at something conclusive, looks for patterns and rhythms that create congruity out of the stuttering utterances of the visible world. According to Jude, “these harmonies, when we’re lucky enough to find them, are probably the closest we can get to discovering actual ‘meaning’ and grasping the potency of place.

Ron Jude was born in Los Angeles in 1965 but was raised in rural Idaho.  If geographical happenstance influences or even determines sensibility, then this American duality, between the urban and the rural, between the land of images and the landscape of a mythic individualism, permeates Ron Jude’s imagery.  He makes no direct proclamations with his work; the cumulative power is subtle and observant, befitting a sensitive kid growing up among car guys and fur trappers.  Proving that these are not mutually exclusive attitudes, his approach to photography is democratic and nuanced, utilizing found photographs, landscapes, portraits, and even pictures he took as a teenager.
– Mark Alice Durant, from an interview on Saint Lucy.
www.ronjude.com