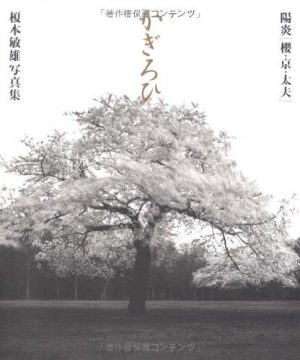 The theme running through the photographs of the Golden Pavillion by Toshio Enomoto is that of cherry trees and courtesans – something very Japanese. Enomoto believes that these themes can be expressed only on monochrome film.

About the Artist:
Toshio Enomoto is one of the preeminent members of Japan’s generation of post-World War II photographers. Although he has worked outside of his native country, Enomoto most often focuses his lens on the cultural heritage and natural beauty of Japan. The content of his work is often pedestrian, featuring cherry blossom trees, pagodas, or other Japanese-style architecture and street scenes. Enomoto captures a familiar—even intimate—quality in his subjects, and eschews any obvious signifiers of contemporary culture. Rendering them in black-and-white, he imbues them with a timeless quality, conveying reverence for tradition amidst a rapidly changing country.
toshioenomotostudio.com/

About the Publisher:
Heibonsha is a book publisher from Japan
heibonsha.co.jp/