In zivil – Hors service – Off Duty 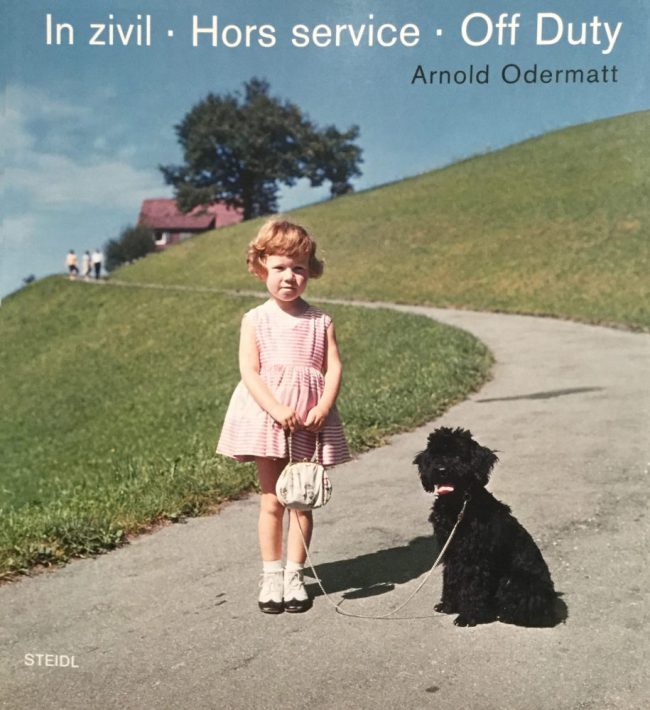 This is the new and revised edition of Arnold Odermatt’s acclaimed Off Duty, first published in 2010. Does any family not have family photos? Every other picture taken is a family photograph and most are glanced at quickly and just as quickly wiped from memory. In this sea of sameness, Arnold Odermatt’s family photos bear his signature style, standing out for their clarity and order and the detached demeanor of his subjects. Arnold Odermatt, police officer and photographer, achieved fame with his photographic journal of car accidents, Karambolage. His last book, On Duty, documented the small police corps with which he worked for many years, effectively advertising their skills and services. In this book, Off Duty, he shows life after the officer has parked his cruiser in the garage, turned off the scanner and hung his uniform in the closet. Showered and clad in fresh shirts and clean blouses, the photographer’s spouse, son and daughter wait in the living room or garden for their close-ups. Sometimes they wait patiently and at other times they are annoyed – not very different from the reactions of colleagues on duty, who also learned that a good photograph takes time. Odermatt created an impressive document of life within a small village, where the police officer off duty was not exactly private but civilian.

About the Artist
Arnold Odermatt was a police photograper in a small Swiss canton for more than 40 years. He often took two sets of photographs at the scenes of accidents: one standard shot for the police, and more artful photographs for his own collection.