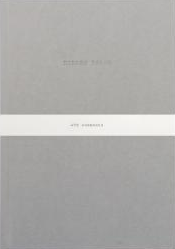 Hidden Islam – 479 comments aims to take the discussion initiated by Hidden Islam further. This limited edition workbook charts the topographic locations of the Islamic makeshift places of worship visited by its author, photographer Nicolò Degiorgis. Formally, this publication parallels to the photographic series present in Hidden Islam: each page number finds a correspondence between the two books. After the photographic book received international attention – Hidden Islam was awarded the Rencontres d’Arles’ Author Book Award 2014 – the project was given a remarkable media coverage.Hidden Islam – 479 Comments presents a vivid discussion appeared on British newspaper ‘The Guardian’ in response to an article featuring the project. Presented as an appendix, this addition to the project is meant to extend the debate around Hidden Islam, proving the urgency of a discussion in the European public arena as well as providing study materials for sociologists, anthropologists, journalists and everyone else interested in the matter.

Nicoló Degiorgis is a photographer trained in documentary traditions who most often works in series. His primary motivation is to observe how marginalised and minority communities carve out a sustainable environment for themselves.
www.nicolodegiorgis.com

Rorhof is a studio producing books, exhibitions and workshops around photography. We are based in an old farm in the city of Bolzano Bozen in the north of Italy.