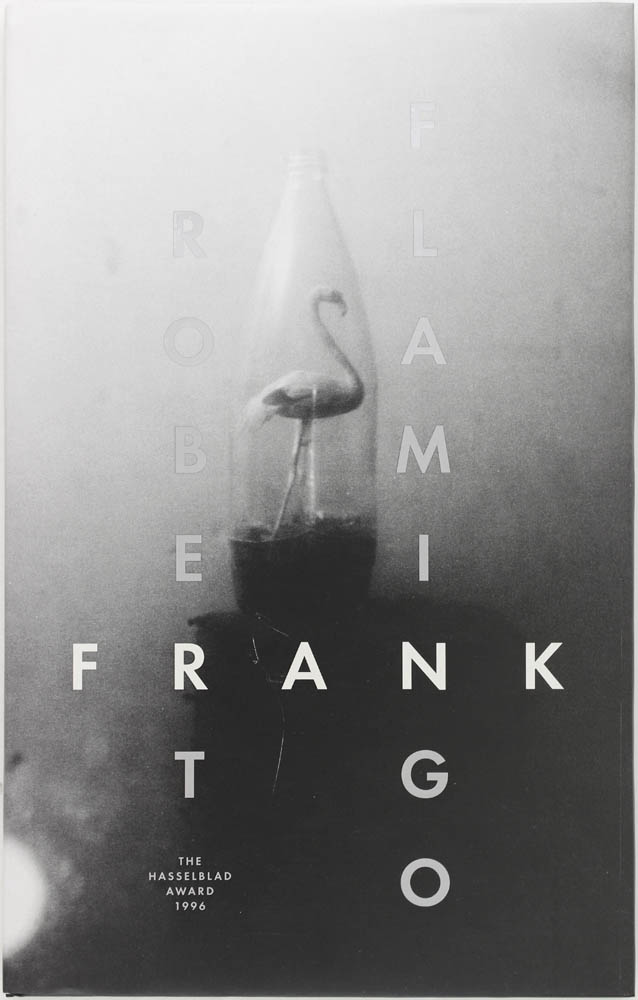 Hardcover
52 pages
300 x 200 mm
1997
ISBN: 3931141551
Works selected by Robert Frank from his career with an emphasis on later work for the exhibition, Flamingo. Robert Frank was the recipient of the Hasselblad International Photography Prize for 1996.

About the Artist
Robert Frank, (born November 9, 1924, Zürich) is one of the most influential photographers of the mid-20th century, noted for ironic renderings of American life.
Frank became a professional industrial photographer at the age of 22 and in the 1940s became a successful fashion photographer for Harper’s Bazaar magazine in Paris. He felt, however, that the scope of the work was too limited. He abandoned fashion photography about 1948 and went to the US and then to Peru to explore the expressive possibilities of the 35-mm camera.

About the Author
Mikael Van Reis is an art critic and writer from Sweden.

About the Publisher
Scalo Publishers were a publishing house based in Zurich, Switzerland in 1991. They filed for bankruptcy and closed in 2001.