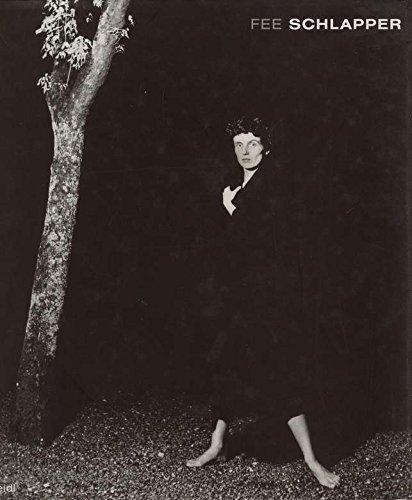 Fee Schlapper did not take photographs of the supposedly high school of portraiture of her time: Instead of going to the studio, she went with her clientele to the nearby park; And there she did not build any elaborate equipment, but used her Leica, a handy 35mm camera. This resulted in impressive individual and group shots of children and adolescents, which she often photographed again after a period of many years. Seriously and concentrated her small and large models look into the camera. The images capture personalities rather than staged situations; they show people in their time and their charisma is quite timeless. This volume contains her best photographs from five decades. In addition to children’s portraits, he shows photographs by Yehudi Menuhin.
About the Artist
With open eyes she went through the world. People, travel and animals determined their artistic work. Fee Schlapper has always worked on reality, as a sober, but also as a very sensitive observer. The stranger has sought to interest them and to fathom. At a time when mass tourism was still out of the question, she photographed everyday life in other parts of the world. Her photography was always high art. The works of Fee Schlapper, who had been a member of the Gesellschaft Deutscher Lichtbildner since 1956 and was appointed to the German Society for Photography in 1960, was shown in numerous solo and group exhibitions in Germany and abroad. Fee Schlapper was a native of Baden and Baden. In 1989 she toured Bali. Fee Schlapper died in March 2000.
About the Publisher
Gerhard Steidl began working as a printer and designer in 1968. From political non-fiction he then expanded into literature and selected books on art and photography. Steidl publishes German literature as well as translations from French, English and Icelandic.

Every Steidl book distinguishes itself through individual design and production values. Known for his passion for paper, printer and publisher Gerhard Steidl personally selects the paper and binding materials for each title and oversees all aspects of the production process – each Steidl book literally passes through his hands.Over the decades Steidl at Düstere Strasse 4 in Göttingen has become one of the most respected printers in the international publishing world. Whether photography, art, fashion or literature, it is Steidl’s goal to realize the dreams and goals of artists and authors, and to create art in book form.
https://steidl.de/