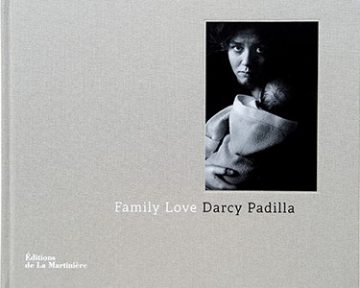 Darcy Padilla first met Julie Baird on 28 January 1993. Julie was then 18, and was standing barefoot in the lobby of the Ambassador Hotel in San Francisco, with an eight-day-old child in her arms. She was HIV positive, and had a history of drug abuse. For the next 21 years, Padilla documented Julie’s life, and that of her family, until Julie’s death in 2010. After Julie died, Padilla continued to follow the family’s story.

Darcy Padilla is a documentary photographer based in San Francisco.
www.darcypadilla.com

La Martinière Groupe is a French publishing house, formed in 1994. It is the third largest after Hachette and Editis.