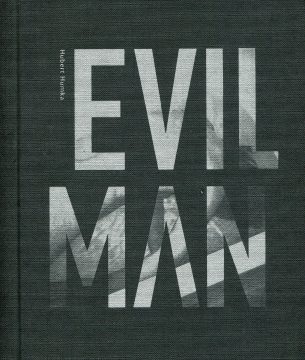 Evil man is the set of images of victims of criminal offenses: homicides, rapes and suicides also. The images describe the death and they do so using the most visible track of death – the corpse. They depict particular kind of death – the violent one- the one that man is most afraid. They show its triviality, filth and cold. Without any embellishments, religious rituals, mythologizing.

On the other hand the set shows what is photography – authentic fiction, truthful lie. The set is based on the rule of authentic/fictitious document, because viewer standing in front of the images doesn’t know and will not find out if this set is composed of fictitious enacted photos, authentic ones or the combinations of the former and the latter. Maybe images have been taken from the police files or have been created by the artist? Is it still important for the story they tell us?
Photography which is combined with the truth, turns out not to be such an authentic medium.

The Lodz Film School is ‘guided by universal ethical rules, freedom of tuition, creative liberty and freedom of research in the field of art and artistic creativity, in respect for truth, solidarity, democracy and tolerance in this way referring to the general Polish university and artistic educational tradition.’