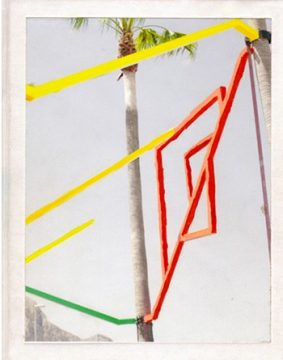 At first sight, reality appears chaotic and anarchic. If events have any kind of logic to them, it lies well hidden behind an overlay of banality so thick as to make it invisible. And yet, at certain exceptional moments, life slackens and reveals itself. The automaton allows its innards be glimpsed, and its mechanism becomes momentarily evident as the logic of chaos.

In his new work, ‘El porqué de la naranjas’, Spanish photographer Ricardo Cases does not document the surface symptoms of reality, but instead renders the non-visible, the mechanistic. In his immediate surroundings – the fertile region of Levante in Spain – the photographer reveals ephemeral moments that might otherwise go unnoticed. Out on the streets he sets out to make visible the laws that regulate the universe, hunting down the elementary participles in the same vein as a nuclear physicist attempting to identify the Higgs particle. Cases uses the landscape as a laboratory, a place where these mechanisms can manifest themselves freely. The work is not a portrait of Levante itself, but of the spirit of Levante, and thus of the spirit of Spain as a whole.

Ricardo Cases is a Spanish photographer, born in Alicante. His photographic work focuses on the yearnings of the human being: the deep and universal longings of the citizen of the mass society, fighting against banality in an effort to transcend, confronting his own dignity with a medium always untrustworthy. To this end, he turns his eye to expressions of contemporary folklore, looking for the truth of the Spaniard: a townsman who is forced to live in the city, in modernity. Beyond a pop appearance distant and cynical he is interested in what is human and anthropological. Beyond the social and documentary, he searches for the truthful and universal pulsations beating beneath the banal surface often kitsch and lacking glamour of contemporary Spain.
www.ricardocases.es