Don’t Lie To Me 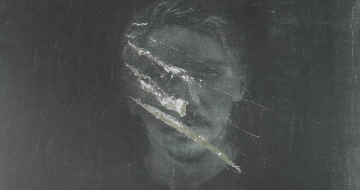 The project “Do not lie to me” addresses personal life, professional trajectory, sudden disappearance and the legacy of the photographer Tito Ferraz. This work consists of images presumably authored by Tito, family album, profile on Facebook, photos saved from his HD, in addition to the investigation that checks his disappearance and interview video to Bahian photographers.

It deals with a series of strategies of public persuasion of the existence and importance of this personage that was connected by a year and a half with photographers and people of related areas through postings by Facebook (5,000 friends, that can be consulted in the address: Facebook.com/ Tito.ferraz), in-box messages in messenger, participation in manifestations, exhibitions of photographs, etc., without their interlocutors knowing of their fictional feature.

It is discussed the power of images in forging truths, testing them in their producers – the photographers themselves, from the virtual environments, where their release is social and social validation are usual. It questions the limits of the photographic language and its hegemonic premises, subverting some characteristics such as the constitution of personal identity, the sense of reality and the visual ethic. Contemporary issues such as the crisis of trust in the image and its counterpoint – the power of persuasion that still emanates from them, are discussed and evaluated in elapsing of the process, through daily registrations in

A relational aesthetic is used here, so much in the production of interviews with the photographers that approach the theoretical questions raised in the project, as in the use of the portraits of these same photographers to compose a public image of Tito Ferraz.

All this material is unified from a documentary format, alluding to a police inquiry, where the photographic evidence is evaluated, evidence evidence and pointing indications of frauds in the images of the objects being investigated.

Paulo Coqueiro, based in Salvador, Brazil, hones a degree and a master’s degree from the Federal University of Bahia. His work addresses issues related to uncertainties in the production, use, circulation and politics of images. In his latest research he approaches the limits of photographic language as inspiring elements for creating fictions.

https://www.paulocoqueiro.com.br/
About the Publisher
This photobook is self-published by Paulo Coqueiro.