Despite Similarities to Reality, This is a Work of Fiction (Volumes I – IV) 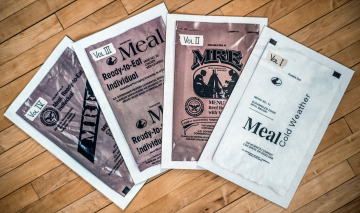 Despite Similarities to Reality, This is a Work of Fiction (Volumes I – IV)
Ryan Spencer Reed
Videre Editions & Weapons-Grade Press

This body of work offers a glimpse into the idea of enduring freedom; revealing a gap between the ways most Americans consume war and the realities from within the ranks of those charged with implementing our foreign policy. These pictures chronicle the final deployment of the storied 506th Parachute Infantry Regiment otherwise known as the Band of Brothers during the final throes of this nation’s longest war. Tales of the unit’s heroic contributions to conflicts since World War Two have inspired many to join the ranks to serve their nation, however these stories of men at war are heavily edited and designed to do just that. Those stories have become myths in society about the nature of manhood and even war itself, which leave most Americans no more understanding of those cultures placed in harm’s way than what is asked of American soldiers during the prosecution of their wars.

Over sixty images convey myth, reality, and glimpse into the scope the idea of enduring freedom. The exhibition layout is that of a maze inviting the viewer to lose sight of the exits in order to fully commit to the consideration of a reality not their own – lured into a choke point – where getting out becomes difficult and the time spent within uncomfortable. Sounds of war (captured audio by the artist) bombard at a low-grade whisper where specific signals are nearly indistinguishable amidst the fog and machinery of war. The experience of the installation, within the institution of an art museum, echoes the fiction through which most Americans consume war: clean, sterile, and safe.

As a reflection to the traveling exhibition, this four-volume set of magazines/poster sets is presented as a lasting artefact of the photographic project. The art zines function as an interactive printed page media component as well as a product to financially sustain independent reportage. These will be for sale to the public at all exhibition and speaking venues and online; some will be donated to various permanent collections throughout the United States.

Ryan Spencer Reed (b. 1979) is an American photographer whose journey documenting critical social issues began in 2002, in east Africa. He worked in that region documenting the Sudanese Diaspora, entering South Sudan and Darfur over numerous years from regions where refugees sought shelter in both Eastern Chad and Kenya. In late summer 2004, he returned home to find an audience for this work in universities, museums, and galleries throughout North America in the form of traveling photographic exhibitions and lectures. They became the cultural backdrop for symposiums designed to grapple with the issues facing the Sudanese people.
www.ryanspencerreed.com