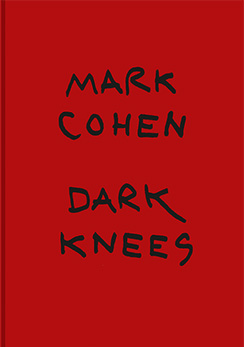 “I became a surrealist because I kept walking around the same blocks, and I started taking a picture of a guy’s shoe. I didn’t know what I was doing exactly. I was just being led by whatever I would see.”
Mark Cohen, a major figure in street photography since the 1970’s. He has been relentlessly photographing his home town, Wilkes-Barre in Pennsylvania and its surroundings. He wasn’t interested in drawing a social portrait of this coal town, he kept for more than forty years the distant eye of a stranger, always alert. On an impulse of a split second, Cohen would go very to close to his subjects to take what has become his iconic “grab shots” often blinding them with the artificial light of the flash. In black & white and in color, his photographs taken at arm’s length, without focusing most of the time, chop off fragments of gestures, postures or body parts that run over the frame leaving only torsos without face, hands, feet, pairs of legs or simply knees. From this dazzling combination of lines, these images convey a feeling of restless energy and strangeness to daily life.