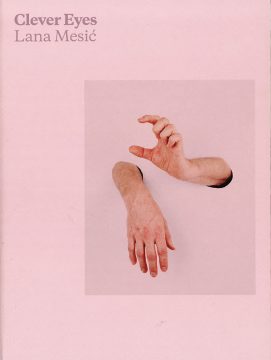 The main departure point of Croatian-born artist Lana Mesić’s work is the mind’s constant struggle in dealing with things that do not have an image, such as abstract notions on god, quantum physics, emotions, and cultural dynamics. She is especially curious how our mind (subjectively or collectively) fills in these visual gaps. ‘Clever Eyes’ represents a section from ‘Codex Invisiblis’, an archive of images in which each section deals with a different notion of the phenomenon of invisibility. The book’s content maps our perceptions of the invisible universe, offering a holistic view of the cosmos through references to history, mythology, ritual, faith, and (pseudo-) science.

About the Artist
Lana Mesić (b. 1987, Croatia) works and lives in Rotterdam After her graduation from the Bachelor of Photography at the AKV| St. Joost in Breda in 2010, she earned her Master’s Degree at the same institute in 2012. She is represented by LhGWR Gallery in The Hague. Her photo works and installations have been exhibited among other places in Het Nutshuis in The Hague, AMC Gallery in Amsterdam, Sao Paulo Photography Bienalle, Dong Gang Photography Festival in South Korea, Organ Vida Festival in Zagreb, Nichido Arts Centre in Tokyo to name a few. She has been nominated for various prizes and residencies, the latest one being the Unseen Grolsch residency.
lanamesic.com