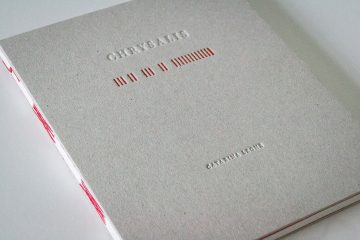 Family photographs may serve to show us the past, but what do we do with them? How do we use them? Who do we show them to? It seems that the Family Album is more about today than it is about yesterday. It is an object of performance, it discloses traces of our most presentable moments, traces of our previous lives that are available for display, to be shown and shared, to be talked about. Focusing on the domestic in relation to patriarchal capitalism offers an opportunity to understand the family album. Women’s control over this object permission used as a tool for meaning making – one in which women express agency, claim their voice and declare the complexity of humanity with respect to patriarchy.

About the Artist
Catarina Leone creates mixed media artworks, film, performances, analogue-collage and installation. With a conceptual approach, she touches on the relationship that society has with popular culture and mass media, working with repetition, provocation and the investigation of the process of expectations. By taking the performance of daily life as subject matter while commenting on the everyday aesthetic of mainstream values, she finds an inherent awkwardness, that echoes our own vulnerabilities. The artist also considers movement as a metaphor for the ever-adjusting woman who experiences a continuous stride for perfection. The construction of materials through Catarina Leone’s work are metaphorical of the diverse psychological states which, like identities, are never fixed and are constantly in flux.
catarinaleone.com