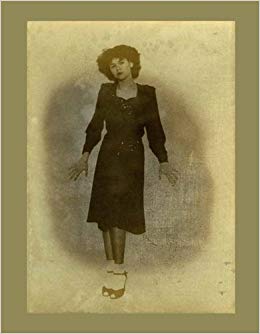 In 1988, in an attempt to overcome personal problems, Cristina Nuñez began to take self-portraits in private. Giving shape to her emotions and revealing her presence to the world, enabling her to turn an uncompromising gaze upon herself, but also to project herself as she wanted to be, these images became a form of self-therapy through which she learned who she is. But Beautiful is her endeavour to transform “shit into diamonds”, to make sense of her past as a drug addict and a prostitute, to search the roots of her behaviour and her actions, finding a link with her ancestors –some of which were part of Franco’s dictatorship-, and thus to soothe her ever-present inner pain.

About the artist
Born in 1962, Cristina Nuñez started taking self-portraits in 1988 as a form of self-therapy, to overcome low self-esteem and stimulate her creative process. Up to the early 2000s, she produced photography books in which she addressed social questions through the portrait. On the margins of this public body of work, she continued taking self-portraits, which became Someone to Love; since 2005 this has been the focus of her work, as well as of The Self-Portrait Experience workshops that she has been conducting around the world. In 2013 she started her ongoing net-art project La Vie en Rose, on video, performance and web platform, with the real goal of finding her perfect partner. Nuñez considers herself a social activist, using her own life to stimulate the viewer to mirror himself in her work.
Cristina Nuñez