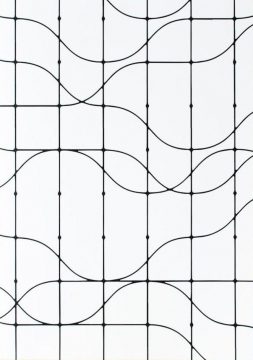 The Rendlesham Forest incident of December 1980 refers to a series of reported sightings of unexplained lights and the alleged landing of (multiple) craft of unknown origin (Unidentified Flying Objects) in an area of woodland next Royal Air Force base at Woodbridge, Suffolk. During the Cold War the airfield was used as a foward base by the US Airforce.

Blind Landing Experimental Unit [BLEU] is a reimagining of the ‘Rendlesham Forest Incident,’ (also known as ‘Britain’s Roswell’) that examines both the ‘official’ record of events alongside the various conflated accounts and conspiracy theories that have emerged in the time since. The work is comprised of a variety of ‘types’ of image that are derived from visual vernaculars associated with science and the military. BLEU explores themes of nuclear paranoia and rural mythology in relation to our understandings of evidence, classification and traditional perspectives of the otherworldly.