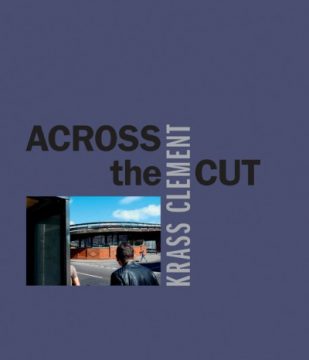 For over twenty years, Krass Clement’s book Drum, photographed in a single evening, has long been regarded as one of the most iconic photobooks ever made. RRB are pleased to be able to now publish Dublin. The images in Dublin retain some of the style of Drum, an almost autobiographical account of the three journeys that Clement made into and out of Dublin while staying in Monaghan in March 1991.

About the Artist
Born in Copenhagen in 1946, Krass Clement is an autodidact photographer.
Graduated as a film director from the Danish Film School in 1973, though continued with photography when it became evident that his future was not to be in film.
A photographer since his early youth, Krass published his first book, Skygger af Øjeblikke (Shadows of Moments) in 1978. His photographic work emerges from two traditions: The Scandinavian melancholy on the one hand and the ‘flaneur’ tradition from the Parisian school on the other.
Starting out in black and white, Krass has persisted in developing and modernizing his artistic expression so that his production today also includes work in colour.

His work originates from a fertile and imaginative thought process, a stream of consciousness that is clearly evident in his later books.

In his photography Krass is more concerned with capturing a state of mind than with situations. They are less documentary depictions than subjective moods somewhere between spectator and reality. Insisting on an artistic integrity, Krass Clement has created a strong personal body of work with the photo book as his favourite medium.
krassclement.com

About the Publisher
RRB Photobooks publishing arm was established in 2015. We mainly publish overlooked, forgotten and underappreciated British photographers of the 1970s and 80s, but are looking forward to publishing a wider variety of British documentary work over the next few years. We also facilitate print sales for a number of our photographers.
rrbphotobooks.com