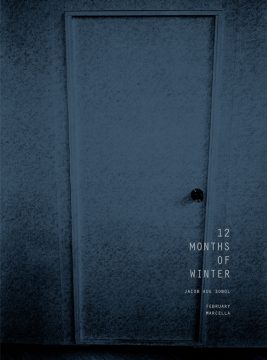 ‘Onse and Axel’ is the January issue of ’12 Months of Winter’. It is the first in a collection of twelve catalogues, one published each month of 2016. Each issue is a recording of a close encounter Jacob had during winter. The collection is inspired by the performance ’12 Months of Winter’, a dialogue between the images of Jacob Aue Sobol and music composed by Morten Svenstrup. Edit and artistic direction by Sun Hee Engelstoft. First performed at Silencio in Paris, January 2016.

Jacob Aue Sobol (born in 1976) is a photographer based in Copenhagen, Denmark. After studying at the European Film College, Jacob was admitted to Fatamorgana, the Danish School of Documentary and Art Photography in 1998. There he developed a unique, expressive style of black-and-white photography, which he has since refined and further developed.
www.auesobol.dk