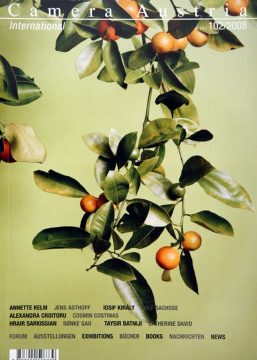 With his “Tinseltown Project” — a photographic study of the architecture and its (Roma) inhabitants in Buzescu, a street village south of Bucharest, that he developed over the course of several years — Iosif Király set out to depict the Roma-Romanian transition from tradition to socialism to postmodernism. In his text, Rolf Sachsse discusses Király’s deconstructivist method, whose work spotlights the fragile nature of the documentary approach: Where all style criteria threaten to fail, where all aesthetic criticism congeals into colonialism, photography becomes a strategy whose autonomy as art must be questioned only in a later process of observation. In another contribution dealing with contemporary Romanian art, Cosmin Costinas focuses on the work of artist Alexandra Croitoru, whose approach to “Romanian identity” is a blend of archaeological curiosity, sometimes driven by vestiges of the “transition mentality”, and advocacy of change and “Westernisation”, but always characterised by a critical, detached openness. In her photos she deals with the melodrama of constructing Romania’s self-image.

The works of Syrian artist Hrair Sarkissian also revolve around topics of individual and collective memory and identity. In this issue we present excerpts of his “Unfinished” series – pictures of building shells in various cities of the Middle East – and “InBetween” – socialist architectures and memorials in the context of the military conflict between Armenia and Azerbaijan. Sønke Gau interprets Sarkissian’s works against the foil of Ernesto Laclau and his theory of spatialisation as hegemonisation of time and cementation of meaning. In contrast to Sarkissian, the Palestinian artist Taysir Batniji refuses to simply depict the territorial and political situation of the Gaza Strip region in his “Pères” (fathers) project, and, with a collection of portraits of fathers, Arab leaders and martyrs, confronts it with “a fiction” that raises the question of conflicting perceptions of history. With the aid of the concept of fiction, as coined by Rancière, Catherine David works her way towards this »quieter, more subdued interplay of the tensions and oppositions at work under the noise of appearance«.

While the works of the artists from Romania and the Middle East that we are presenting in this issue are based explicitly on pictorial conceptions that tie in closely with the political history/stories of their respective countries of origin, the work of German artist Annette Kelm focuses on an examination of various paradigms of photography. In her work, that she develops very autonomously, Kelm combines different styles and genres, often developing pictorial themes reminiscent of still lifes and portraits, object, architectural and landscape photography, at times also making reference to the visual languages of advertising. By exploring representational forms of photography, Kelm also shifts their co-ordinates and always negotiates the ambivalence of her pictures as a question of seeing, not of knowing, as Jens Asthoff elaborates in his accompanying essay.

Particularly in times when the art market is booming, it is important to us to focus our reflection on the different social uses of photography and to keep bringing the discussion back to the different paradigms of the photographic sphere. This is one reason for drawing your attention to our current exhibitions: The first retrospective of Hans van der Meer (with a selection of his photographs of minor league football clubs) is on show at Camera Austria / Kunsthaus Graz until 31/8, and “I am not afraid. The Market Photo Workshop, Johannesburg” – the exhibition accompanying Camera Austria No. 100 – is featuring at the Langhans Galerie in Prague (until 18/8/2008). We invite you to visit these exhibitions, but also to come and see us at our fair booths at the upcoming Photokina Köln, at Art Forum Berlin, at Paris Photo, and at Art Basel Miami Beach. 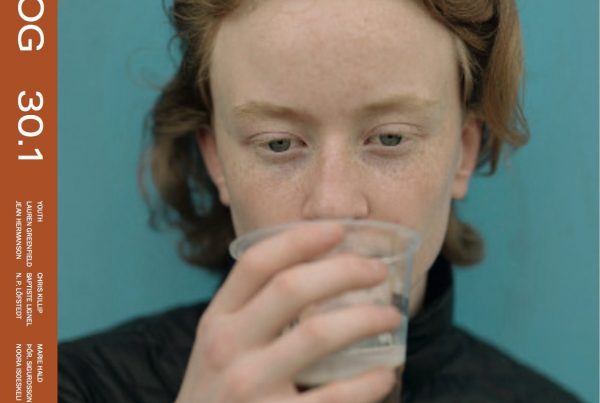 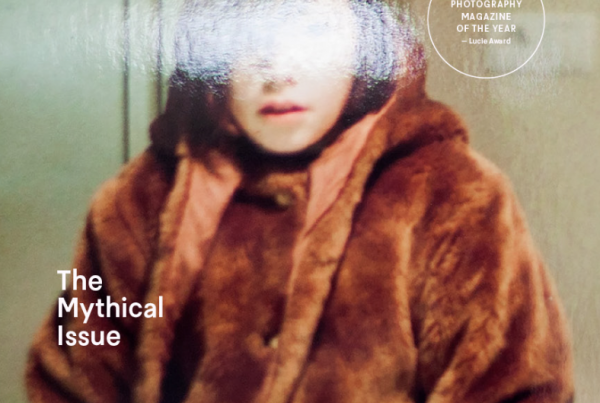 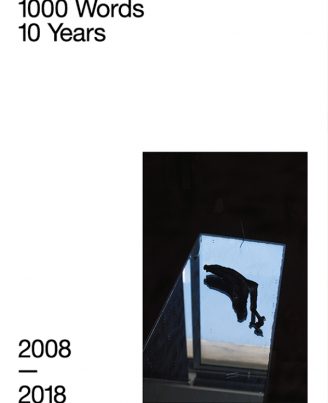