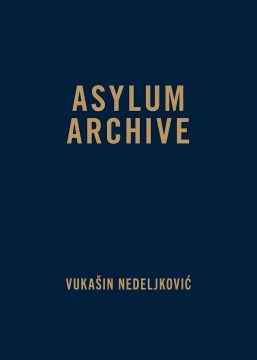 About the Artist
Vukašin Nedeljković is a visual artist based in Dublin. He initiated the multidisciplinary project, Asylum Archive, to collaborate with asylum seekers, artists, academics, civil society activists and immigration lawyers, amongst others, with a view to creating an interactive documentary cross-platform online resource, critically foregrounding accounts of exile, displacement, trauma and memory.
asylumarchive.com

About the Authors
Ronit Lentin is a retired Associate Professor of Sociology, Trinity College Dublin. She has published extensively about race critical theory, race and racism in Ireland, and Palestine and Israel.
Charlotte McIvor is Lecturer in Drama and Theatre Studies at the O’Donoghue Centre for Drama, Theatre and Performance. Her research specialisations include intercultural performance at the intersection of migration and critical race and gender studies.
Anne Mulhall is a lecturer in the School of English, Drama and Film at University College Dublin and co-director of the UCD Centre for Gender, Feminisms and Sexualities. She is an organising member of ARN (Anti-Racism Network Ireland)
Karen E. Till is a Professor of Cultural Geography at Maynooth University. Her geo-ethnographic research examines the significance of place in memory-work, for activists and communities facing ongoing legacies of state-perpetrated violence in cities such as Berlin, Bogota, Cape Town, and Dublin.