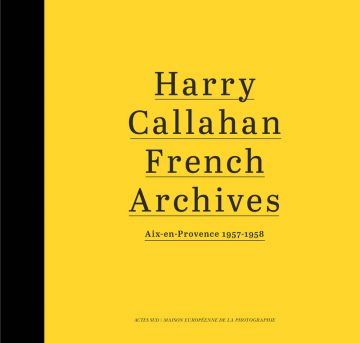 “In 1956, when the photographer Harry Callahan was head of Chicago’s Institute of Design, he received Graham Foundation funding to create the project of his choice. On Edward Steichen’s advice he took a sabbatical year and headed to Europe with his wife Eleanor and his seven-year-old daughter Barbara. After two months in Germany, they lived in Aix-en-Provence from September 1957 through July 1958.
Callahan had never left North America before, and his work had always focused on Chicago and the landscapes of the American Midwest. France proved to be a huge culture shock. Looking beyond what he called the “picturesque” aspect of the French town, he methodically set about a deeper exploration of his subjects. As always, he spent the morning outside with his camera and afternoons in the dark room. In France, Callahan created a series of nature studies, urban views and portraits of Eleanor, who had already been central to his work for 10 years and would remain so for another 50. Callahan, who looked back on his time in Aix-en-Provence as a period of plenitude and absolute pleasure, donated 130 works from his “French Archives” to the Maison Européenne de la Photographie in Paris. This volume publishes a selection from that beautiful body of work.”

About the Artist:
Harry Callahan was born in Detroit, studied engineering at Michigan State University, and worked for Chrysler before taking up photography as a hobby in 1938. Self-taught as a photographer, he found work in the General Motors Photographic Laboratories. In 1946, shortly after meeting László Moholy-Nagy, he was asked to join the faculty of the New Bauhaus in Chicago, where he became chairman of the photography department in 1949. He left Chicago in 1961 to head the photography department at the Rhode Island School of Design, where he remained until 1973. He has won many awards for his photography, including a Guggenheim Fellowship in 1972 and the Photographer and Educator Award from the Society for Photographic Education in 1976, and he was designated Honored Photographer of the Rencontres Internationales de la Photographie in Arles, France in 1977, and received ICP’s Master of Photography Infinity Award in 1991. Among the major exhibitions of his work were Photographs of Harry Callahan and Robert Frank (1962), one of the last shows curated by Edward Steichen at the Museum of Modern Art, and retrospectives at the Museum of Modern Art (1976) and at the National Gallery in Washington, DC (1996).
Callahan was widely respected in the photography community for his open mind and experimental attitude, qualities reinforced by his association with Moholy-Nagy and the principles of Bauhaus design. He produced work in both formalist and more documentary modes, and worked in both black-and-white and color. He used a 35-millimeter and an 8×10 camera, and worked with multiple exposures as well as straight images. Such versatility contributed to his success as a teacher, his students ranging widely in style–among them Ray K. Metzker, Emmet Gowin, Kenneth Josephson, and Bill Burke.

About the Authors:
Peter MacGill is an American gallerist and curator. He is director of the Pace/MacGill Gallery, which opened in 1983 on East 57th Street in New York City.
MacGill has a MFA degree in photography from the University of Arizona. In 2005 he was in 15th place on a list of the 100 most important people in photography compiled by American Photo magazine.

Jean-Luc Monterosso is the director of the Maison Européenne de la Photographie in Paris, France.

Laurie Hurwitz is a writer for the website Art News.

About the Publishers:
Founded in Southern France in 1978, Actes Sud Editions quickly established itself as a presence in the region with a strong graphic identity and translations of foreign texts. Today, Actes Sud distinguishes itself by pursuing the spirit of discovery and sharing, publishing a wide range of selections in literature, the humanities, theater, fine arts, comics, and cuisine.
Actes Sud Website

Book Materials and Specifications:
Medium sized hardcover book with perfect binding and black glued down end papers. 144 pages in total, with introduction and texts by the authors at the front. 130 black and white plates in total, ranging in size from 100mm by 125mm to 185mm by 185mm squares. 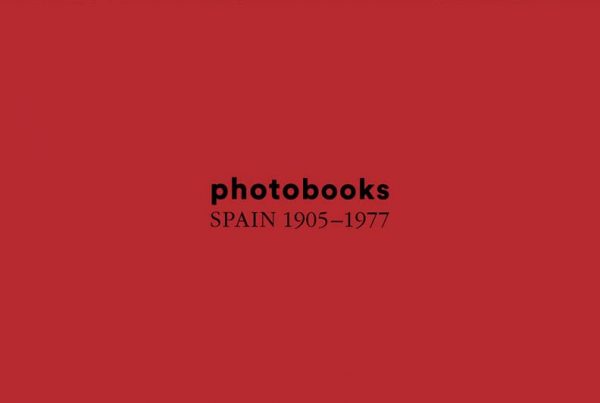 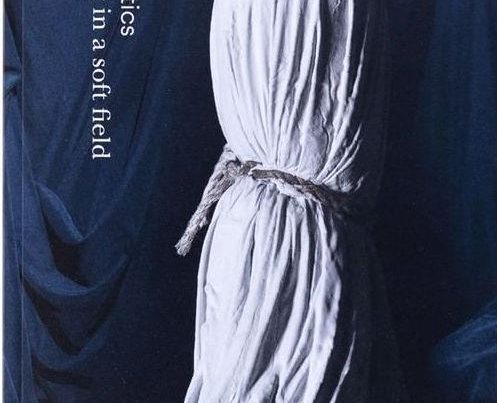